From ISFDB
Jump to navigation Jump to search

This page is intended to be a clean specification for the support of creating/editing/displaying translations. Discussions about the data here should be entered on the discussion page.

Description of the current situation

At this time ISFDB has limited support for translations. The limitations are as follows:

The translation support enhancement should fulfill the following requirements:

Note that some changes are already implemented in the database schema: 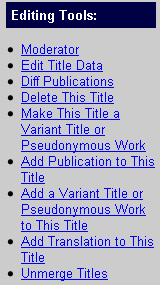 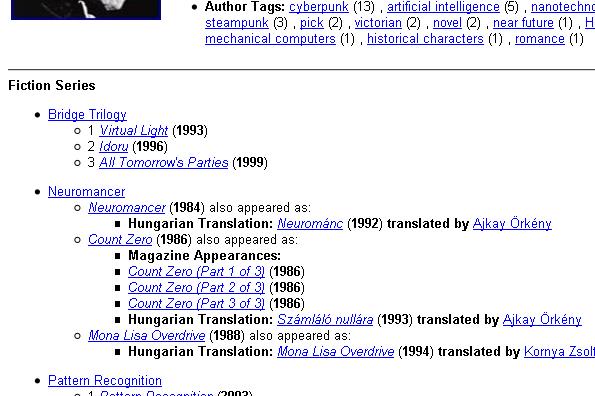 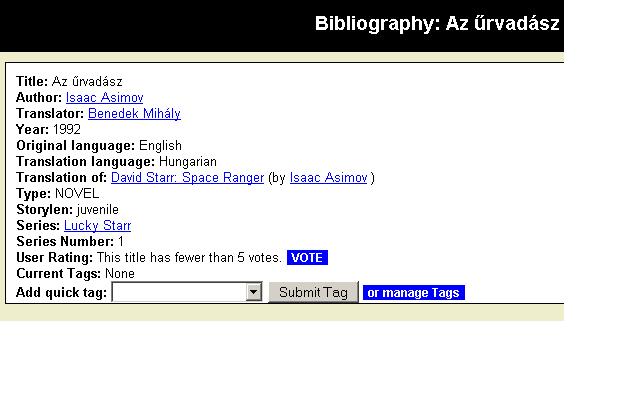 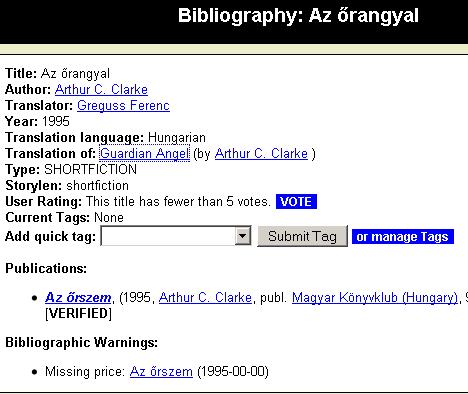 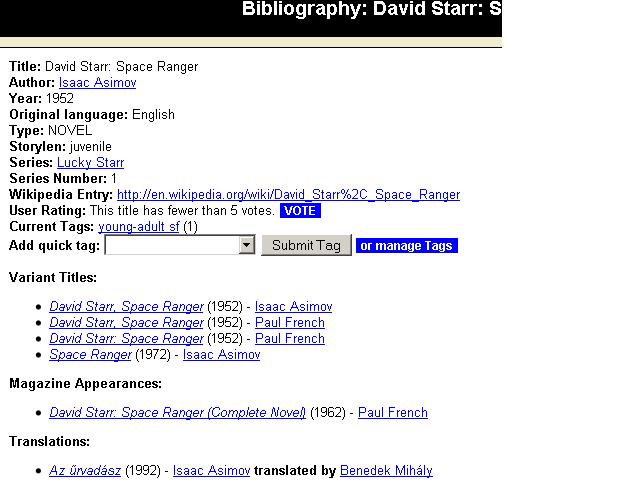 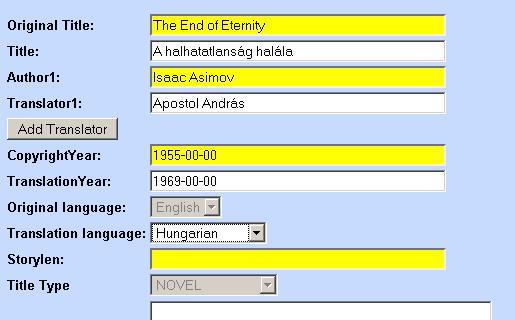 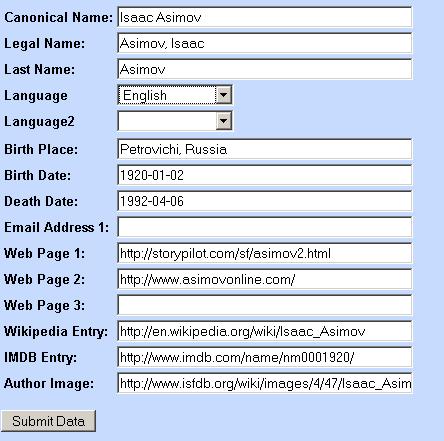 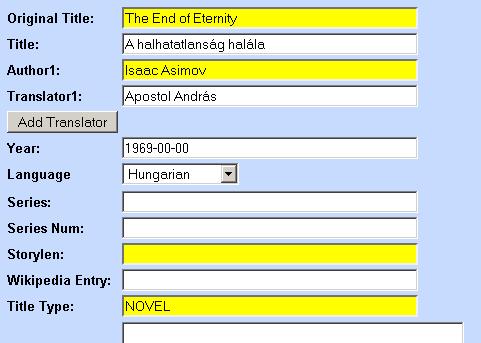 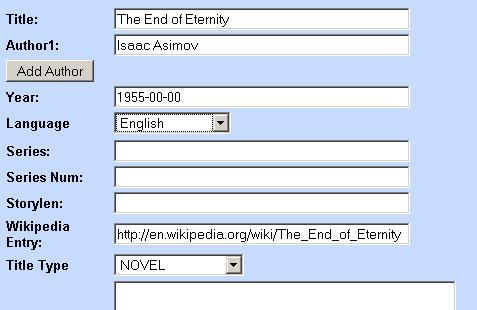 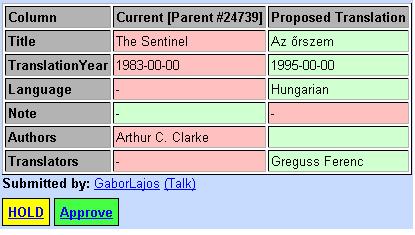 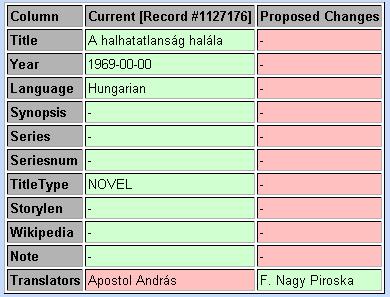 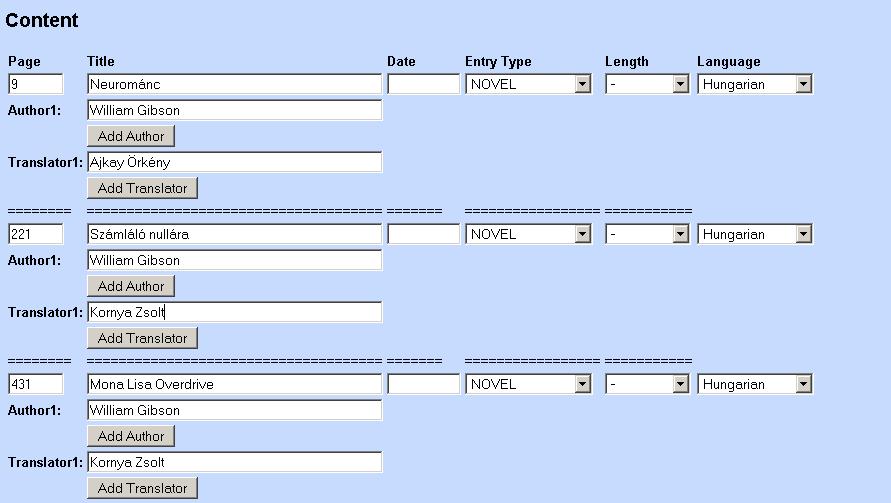